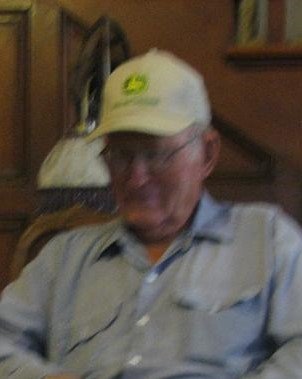 Funeral Mass was held on Thursday, July 14, 2022 at the Sacred Heart Catholic Church in Seymour with Father Bose Jujuvarapu officiating.  Burial followed in the Bomarton Cemetery under the direction of Archer Funeral Home.

Raymond was born Feb. 18, 1928 in Rhineland to Victor and Angela Hannig Redder, Jr.  He attended St. Joseph’s Catholic School in Rhineland until the 10th grade, when he enlisted in the Army.  Raymond served in the Army during the U.S. occupation of Japan and was very proud of his service.  He married Maryann Richeson in May of 1957 in Seymour.  Raymond spent all of his life farming.  He enjoyed being a steward of the land and taking care of God’s creations.  He was a member of the Sacred Heart Catholic Church and was a 3rd Degree Knights of Columbus.  Most especially, Raymond loved his wife and family.

He was preceded in death by his parents Victor and Angela Redder, Jr.; sister Gertrude; brothers Francis, John, Reinhart and Edward.